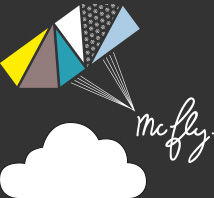 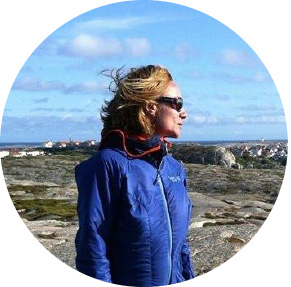 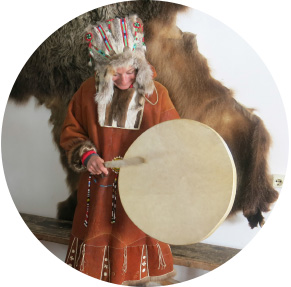 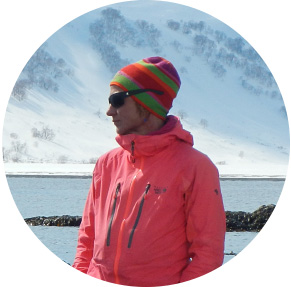 Cyrilde was born in Chamonix. Her father was a mountain guide, and obviously, he transmitted to her a passion for skiing and mountaineering. But you cannot just look at the obvious ! Cyrilde spent her childhood between Chamonix and Brittany where she discovered a new element which she quickly embraced: water.

Surprising as it may be, she began her career as an athlete windsurfing. She spent several years competing at national and international levels.

Water, then air…In 1990, Cyrilde turned 20, and her birthday gift changed her destiny. It was a tandem paraglider flight.
Her decision was made : she would fly ! Three years later, she passed the State certificate in Sports instruction (Brevet d’Etat d’Educateur Sportif, BEES 1) and became a paragliding instructor.

For more than 20 years, she has transmitted her passion while in flight, or teaching others to fly.

In 2008 she started speed-riding and in 2009, she got the certificate to teach that sport.

She never has enough. So she went back to competitions, once again with amazing results : she won the French championship in 2010.

A teacher at heart, she knows how to be attentive to her pupils to help them improve at their own pace and to teach them to trust themselves.
Her principle in teaching is to transmit her technical knowledge while instilling in them values of safety and respect of the environment around them.

In the summer as well as in the winter, Cyrilde runs off to the mountains whenever she can. She goes climbing , ski touring, hike and fly in wild places…

Cyrilde is also a globetrotter and an explorer. She’s always keen to pack up her skis and her sail to discover new lines: Mustagh Ata in China, Kamchatka peninsula in Russia, Norway, Iceland, South America…
What about the name Mac Fly, all this said ? No, Cyrilde is not a fan of the British pop-rock band, or of the famous character in Back to the Future.
Her friends very naturally gave it to her as they were all enjoying a glass of beer !